Share
Time: 2019-06-21
Summary: Honeybee hives stand on a field at the Central Maryland Research and Education Center in Beltsville, Maryland. An annual survey of U.S. beekeepers shows the rate of colony death last winter — nearly 40% — was the highest reported since the survey began 13 years ago.

It's a sweltering morning in Beltsville, Md., and I'm face-to-face with bee doom. Mark Dykes, a "Bee Squad coordinator" at the University of Maryland, shakes a Mason jar filled with buzzing honeybees that are coated with powdered sugar. The sugar loosens the grip of tiny Varroa mites, a parasite that plagues bees; as he sifts the powder into a bowl, they poke out like hairy pebbles in snow.

"Right now there [are] three mites per hundred [bees]," says Dennis vanEngelsdorp, associate professor of entomology at the University of Maryland and president of the Bee Informed Partnership, which studies bee survival rates. That's a high rate of mites, vanEngelsdorp says: "If this were September and you were seeing that number, you'd expect the hive to die" during the lean months of winter. 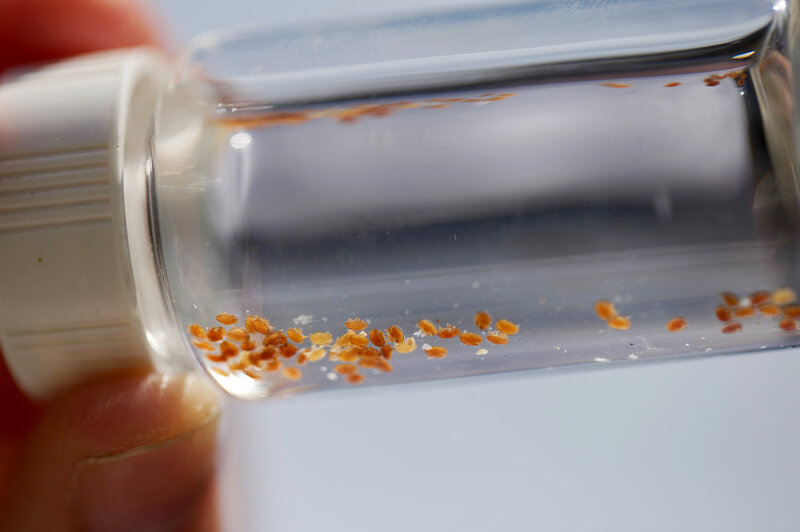 Varroa mites, tiny pests that can weaken and destroy honeybee colonies, are on display in a small jar.

Bee colony death continues to rise. According to the Bee Informed Partnership's latest survey, released this week, U.S. beekeepers lost nearly 40% of their honeybee colonies last winter — the greatest reported winter hive loss since the partnership started its surveys 13 years ago. The total annual loss was slightly above average.

Previous：CATCH THE BUZZ – THE ROLES OF DRIFTING AND ROBBING IN VARROA DESTRUCTOR MITE INFESTED COLONIES.